The Only Real Education is a Self-Education: A List of Classics

Here’s a list of 66 classics that you should read before you die, or rather – what is more important – before you really live. I’m talking about life-changing literature. My list is geared toward the modern Westerner but I’ve made it as objective as I can by including only those authors frequently recommended by other well-known authors. There’s nothing younger than 50 years old here because if it’s less than 50 years old there haven’t been enough generations to test it out as a source of truth to live – and thrive – by.

They are roughly in the order I’d recommend reading them. Writings more fundamental to our tradition, though not necessarily easier to read, are first. Less fundamental and more philosophical works come last.

It’s okay to skip a few. I would say if you read just 50% of the books on this list (and you know, read them to understand them, taking it slow as needed) you’re well-read. I’m not pretending to have read everything on this list myself, though I have read most of it.

I would include external links to full texts but those tend to break over time. Just Google them and you’ll find free online versions of most of these writings. Project Gutenberg has quite a few and you can find free Kindle versions on Amazon, or really cheap used paperbacks.

ADDENDUM (4/16/2016):
I had taken the following list from my personal list of classics to suggest to my children as they got older. It just struck me that J.R.R. Tolkien, Aesop, and One Thousand and One Nights were all missing from this post because they were under the "Youth" section of my list. Whether you plan to homeschool (i.e. "unschool") your kids or send them to public school, these are books worth encouraging them to read, since they have proven themselves over the course of at least two generations of children. I've added them at the bottom under two additional categories, "For Children," and "For Youth," bringing the total number of classic items to 102.

Once You’re Warmed Up: 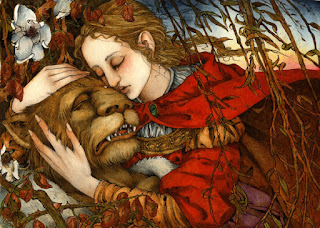 Email ThisBlogThis!Share to TwitterShare to FacebookShare to Pinterest
Labels: The Classics and Education